About a week or so ago, I noticed that Egg 10 was not looking so good. As only six eggs remained viable it is a hard hit when one is lost. I had kept it in the egg box in hopes it would turn around but after waiting a few days the egg started to sweat and smell so I candled it to see what was happening inside. No veins were present and there was a lot of clear yellow mass which was present in all the other eggs that died, so I knew it was no longer viable. Still hoping, I left it in the egg box for a few more days but it continued to deteriorate and smell so tonight it was removed.

After removing the egg I was morbidly curious to see what was going on, and how far the embryo had developed. Sadly, a fully-formed Gila monster was inside. It was much smaller than the typical hatchling but appeared normal overall. Why did this embryo die after being alive for so long? Has it been dead for a long time? It’s hard for me to say at this point with my limited knowledge, but I really hope that the other five eggs are healthy and hatch. Regardless of how this season turns out I am going to thoroughly review my notes and protocols and see where improvements can be made and where things may have gone wrong. At this point, my feeling is that the females were not prepared last year for this season. Maybe it was improper temperatures or not enough food but this year I know all my adults are in proper order and ready for next year. I’m not giving up on this season yet and still have hope that the five remaining eggs will sprout baby monsters in the next few weeks! 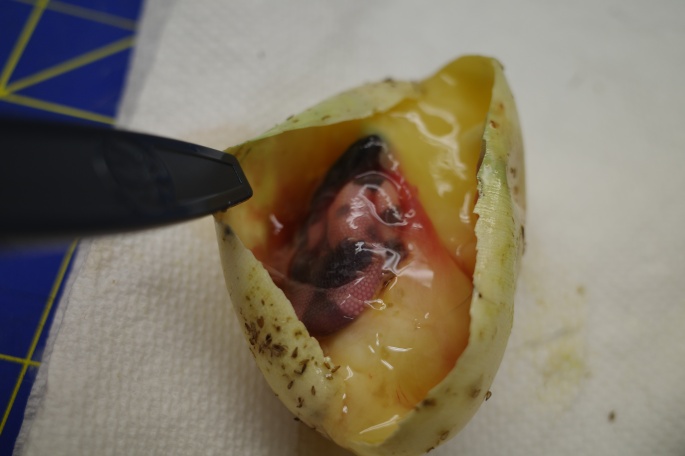 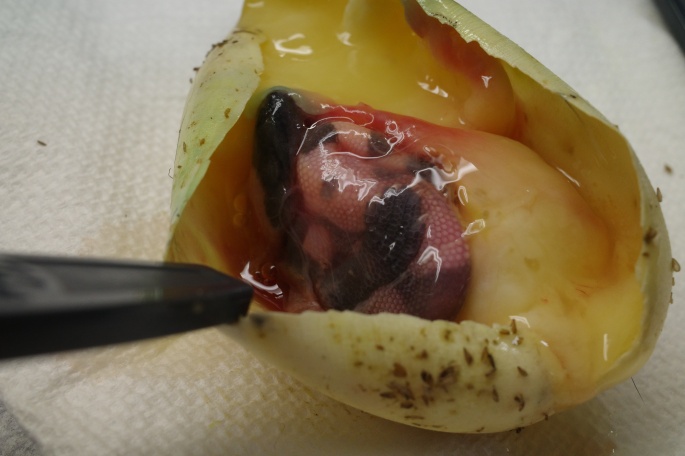