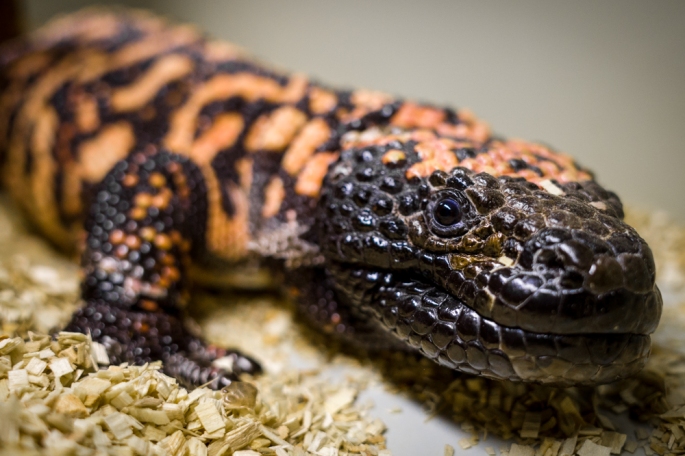 We are 132 days past oviposition and the remaining six eggs appear to be hanging in there. One of the eggs has dented in, which I am hoping means that it will hatch in the next few weeks and does not mean the embryo has died. The other eggs remain rigid and appear to be well, fingers crossed they come to term! The Grumbach has been great in maintaining the temperature and humidity stable throughout incubation, but I have noticed that the egg boxes have increased in temperature by 1°F higher than the incubator over the last few weeks. Condensation has also started to build up (mostly on the sides) so I’ve been keeping an eye on that to ensure none falls on the eggs potentially suffocating the embryo inside. Since the eggs were incubated at the lower end of the range it can be expected that the eggs will hatch (if they do) toward the later end of the spectrum, potentially 150+ days. Man, I can’t wait…

On the other side of the house my adult Gilas are getting ready for next year. Weekly feedings of 2-3 mice (2 for the males, 3 for the females) has brought all of the Gilas to a healthy state; good fat reserves in the tails and a constant, though not concerning, weight gain. As most of my group was purchased earlier in 2019 and after the hibernation cycle, I do not have data on what the pre-hibernation weights were last year but I think they are ahead as their weights are above pre-breeding numbers from this season. I hope to have more fertile eggs that make it to term in the upcoming season as they entire group will have been with me for the whole cycle.

Winter cooling is going to start in late November and this year a larger refrigerator / cooler is going to be purchased in order to facilitate all adults. I’ve noticed an increase in activity and feeding response in the adults over the past week, almost being as active as breeding season. I do not know if this has to do with growing follicles and testes, a reduced photoperiod, or slight drop in temperature (or maybe all) but it does seem that the Gilas are getting ready for a long winter’s nap!

That’s all for now, hopefully the next post is of the Gilas hatching!!